The smartphone has been around for less than ten years, yet by August 2015, two thirds of the UK population were using one on a daily basis [1]. The smartphone has revolutionised how people process and receive information and international usage produces sensational statistics such as, some 60,000 photos are shared globally every second, amounting 5 billion photos a day [2], gobbling up storage space.

Across internet access, emails, music streaming, social media, storage of precious memories in the form of photos and videos, playing games and even making telephone calls, user requirements of the smartphone are multiple and varied, blurring the boundary between work and play and creating a huge supply and demand for better user experience.

As an interdisciplinary sound designer, interested in the use of smartphone technology for game driven dynamic audio experiences, I am aware that the smartphone has yet to realise it’s full potential in its uptake of converging technologies. In my case, I first started using Unity around two years ago. I love how easy it is to build for multiple platforms and the potential it provides for rapid prototyping. It’s the same feeling I got when I was first introduced to Pure Data: whose visual approach allows for quick prototyping of creative dynamic audio. Having devoured Peter Brinkmann’s book, Making Musical Apps, this led me to the use of LibPd with Xcode.

While the processing power of mobile technologies is ever improving, the problem of device storage capacity still raises problems. Often, when when exhibiting my mobile game Hedra, when people go to download it, they discover they have no space left available on their device (despite the game’s meagre 30mb size). As a developer, I am keen to keep the size of my apps to a minimum and this leads to my interest in Pure Data.

When there are already excellent audio tools for game audio such as Wwise or FMOD, why should I want to go using Pure Data? Normally when setting out to achieve a sense of variation and dynamism using sampled audio, large amounts of sound files must be packaged up with the game, thereby increasing its size. This is where Pure Data shines, allowing for the procedural generation of sound without the demand for storage. In addition, there is no graphical interface which could shape the user’s choice of interaction design, creating the possibility for much more unique potential sound design. For some great examples of procedural audio created using Pure Data Andy Farnell’s work serves as a great starting point.

I came across LibPd4unity which allowed for the fairly straightforward integration of Pure Data in Unity games for OS X and Android, and it worked quite nicely but alas, it did not work on iOS. So I was off on the search for something that would do the job of integrating Pure Data in Unity for iOS. The missing link : Heavy, a cloud-based service which compiles Pure Data patches to portable C code, javascript and a range of binaries.

In this tutorial I aim to show how to set up a simple oscillator in Pure Data which can be controlled from an iOS app built in Unity using Enzien Audio’s Heavy. Heavy is an online tool which generates high-performance code from Pure Data patches.

Building a Pure Data patch and using the Heavy compiler 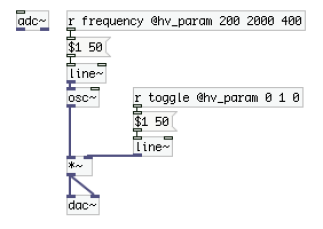 Building a Static Library in Xcode.

In this step you will compile a static library to allow the audio plugin to work on iOS.

Expose the plugin parameters of your Heavy plugin within the newly created Audio Mixer to allow for runtime manipulation. Unity have made a handy video explaining how this is done:

Building the app, some tweaks and running in Xcode.

I would like to thank Martin and Joe from Enzienaudio for their help and advice on a couple of details that helped find some missing links. I would also like to acknowledge the work detailed on this thread on the Unity forum. 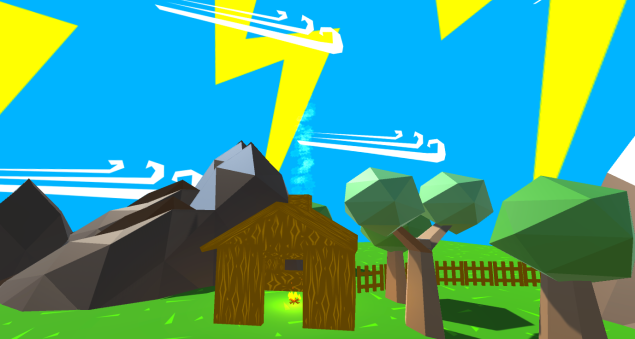 Following on from a tutorial I ran for the Interactive Sound Environments students at the University of Edinburgh, in March 2016, I thought it may be helpful to centralise my notes about how to use libpd4unity in your own projects.

Libpd4unity is a way of embedding Pure Data within your games allowing you to design a highly flexible and dynamic sound engine of your own.

While previously it was only possible to run libpd4unity in Unity Pro due to restrictions on the use of plugins, Unity 5 changed this, making the whole process much more accessible.

If your Pd patch requires no control to trigger sounds, when you press play you should now hear some sound!

Communicating with Pure Data from Unity.

At the top of the C# script from which you would  like to send a value to your Pd patch, add in the following:

If you wish to send a float to Pd use:

If you wish to send a bang to Pd use:

Say you want to control the frequency of the oscillator in this patch:

Right click on the script and choose Edit Script, this will open MonoDevelop

Replace the default code with:

In the inspector you should now be able to alter the frequency of the oscillator at runtime (when you press Play).

If you find your project crashing, it could be because some Pd objects aren’t supported, therefore to avoid problems, test your patch regularly once integrated in Unity and stick mostly to pd-vanilla objects.

Don’t use [print] objects in your Pd patches.

The above method will work for OS X standalone builds and Android (as long as you don’t use any abstractions). It won’t work for iOS … but more on this coming soon!